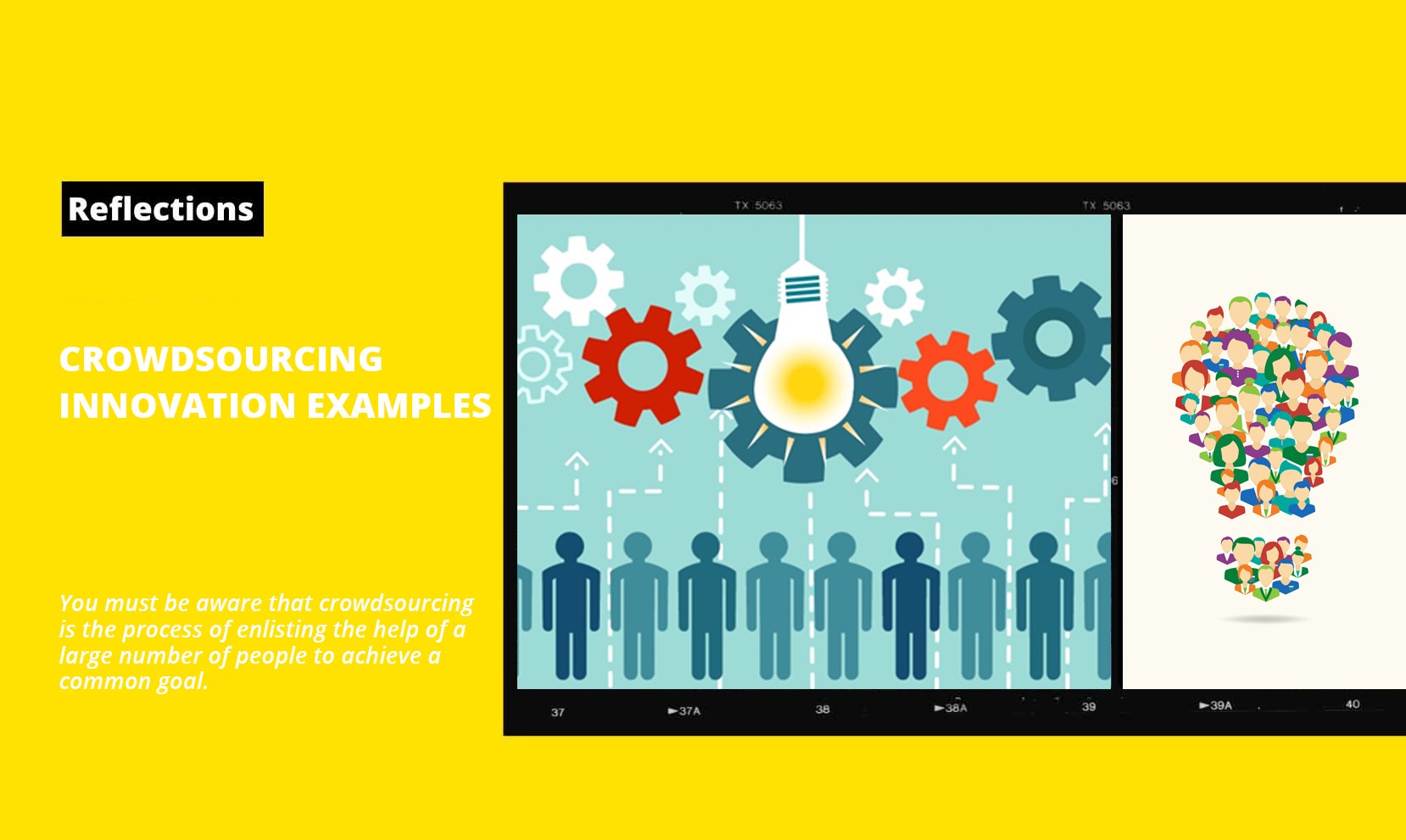 You must be aware that crowdsourcing is the process of enlisting the help of a large number of people to achieve a common goal. It's best used while developing new ways to address complex problems or reduce time-consuming operations. Well, we'll get through the whole topic in this post, and also, we'll see a few of the crowdsourcing innovation examples in the further portion.

Jeff Howe invented the phrase in a 2006 article about the practice. Though crowdsourcing has existed in some form for centuries, it became increasingly popular about the same time as commerce, social media, and smartphone culture.

In practically every industry on the globe, crowdsourcing is generating a buzz. It can be highly efficient when utilized in the right area at the perfect time. The intense interest in the activity is primarily due to increased communication between people worldwide.

What is the Methodology for Crowdsourcing?

Crowdsourcing has become a powerful tool for organizations to use in various areas, including data collecting, operational efficiencies, and issue solving in general. Many companies have been able to scale at an unprecedented rate due to this strategy, which has changed entire industries.

Based on the company’s objective, crowdsourcing can take various forms. To properly crowdsource a project, a company must first divide it into smaller micro-tasks.

Workers will then band together to tackle the micro-tasks one by one, effectively accelerating the process. The company may use a more specialized industry-specific framework for more complex tasks requiring specific skills.

Crowdsourcing Innovation Examples - Some Remarkable Ones

Throughout the last two decades, especially since the introduction of crowdsourcing tools, it has been simpler than ever for businesses to crowdsource innovation, whether inwardly (from workers or stakeholders) or from outside (from customers, brand fans, external experts, or the general public).

Many companies have used crowdsourcing to develop some of their most notable products. Some excellent  crowdsourcing innovation examples are as follows:

The Climate CoLab, based at MIT's Center for Collective Intelligence, drew almost 10,000 people to their crowdsourcing platform to develop climate change ideas. The $10,000 Grand Prize was granted to Dr. Geoffrey Hay (University of Calgary) and his crew for their Heat Energy Assessment Technology (HEAT) concept. HEAT directs people to a free online application that allows them to quickly discover heat loss in their homes.

A universe is a large place, and deciphering its intricacies necessitates sifting through a massive amount of data. The Moon Zoo crowdsourcing initiative was created by Zooniverse, enabling regular folks to examine and arrange high-resolution lunar photographs. Approximately four million lunar photos have been analyzed to date.

The LEGO Ideas platform was designed to allow people to contribute new LEGO set ideas. The platform encourages the creation of new ideas and enables LEGO to check whether there is a market for them or not. LEGO evaluates each notion that has received over 10,000 votes. If a concept is selected, the presenter will have the opportunities to collaborate with the LEGO team, turn his vision into reality, and receive royalties from revenue growth.

After the millennial market share began to decline in 2012, the 'Do Us a Flavor' campaign was launched. PepsiCo asks customers for feedback on various items every now and then, such as when they requested customers to share their favorite new potato chip flavor for the company's Lay's brand. An incredible 14 million submissions were received. Cheesy Garlic Bread came out on top. Sales increased by 8% as an outcome of this outstanding crowdsourcing innovation endeavor.

So yes, the above-mentioned are a few crowdsourcing examples. You can learn about these in innovation courses at MIT ID Innovation. Our Institute is among the best leading institutes in India for innovation-related courses.