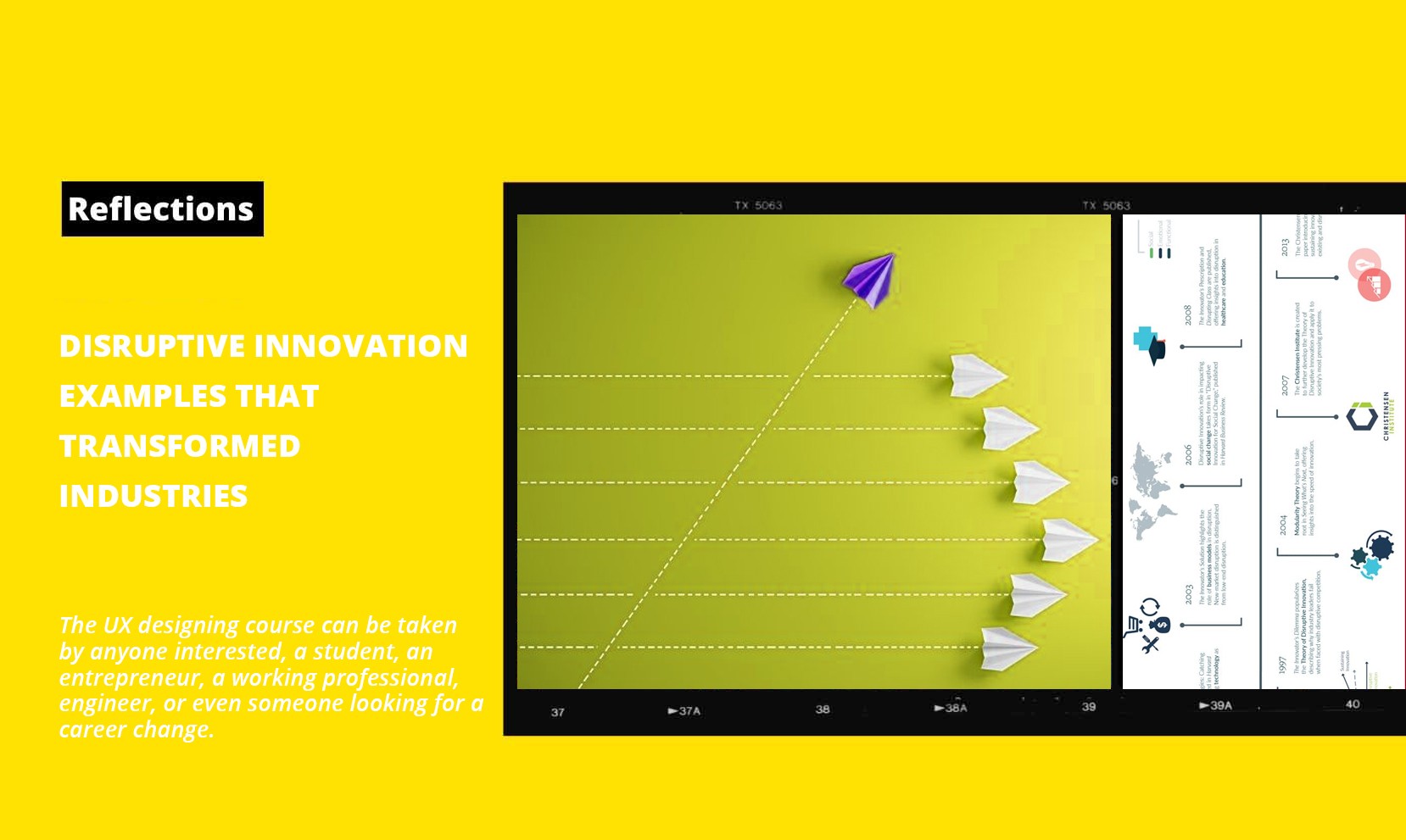 Disruptive innovation is when a new business enters a market, disrupts and outperforms the dominant companies, and eventually transforms the market or how consumers interact with it. Some Disruptive Innovation examples are Tesla and Netflix.

Disruptive Innovation begins with a new company recognising an unmet market gap or a segment of the previously ignored population. They will then provide an alternate product or service that is generally more accessible and economical, allowing them to reach customers who had previously been overlooked.

Here is a list of brands that are best considered as disruptive innovation examples.

This is a corporation that pushes the pursuit of cutting-edge technology and long-term sustainability to new heights. Tesla is not just the world's most reputable electric car company, but they're also pushing the limits of what vehicles can accomplish by literally sending them into space.

Tesla also has its own open-source patents, which implies that anyone can work with them. This is a refreshing contrast from the often-closely guarded firms that want to keep their engineering accomplishments hidden.

This creative company allows homeowners to rent out their homes and apartments to travelers for a modest cost. It's a platform that's changed the way the hotel business operates, and it's resulted in more people visiting the world than ever before.

Although they are a well-known brand now, this disruptive brand has served as a marketplace for worldwide experience since its inception in 2008. Today, the platform has over three million postings for over 65,000 cities.

Taxi cabs have long been a mainstay of public transportation in cities all over the world. When you need to get there quickly but can't rely on a bus, rail, or even your own automobile, you'll need to pay extra for a cab.

Uber chose to establish a reputation for themselves as one of the most disruptive brands globally by making travel more inexpensive. You may now summon a car at the touch of a button and spend significantly less for your journey than you would with a traditional cab.

Netflix is another perfect example of a world-beating brand. They began with a really mundane business concept: sending DVDs to clients who wanted a Blockbuster-like experience without having to go to one.

Netflix's move to provide customers with access to stream-able movies and television on their own computers (and later television screens) signaled that Blockbuster was on the verge of going out of business. Many people now regard Netflix to be a vital part of their daily lives.

This company's name has a lot more meaning than you might imagine. Because the algorithms were still based on the alphabet when Bezos chose it, he hoped it would show up first in a search list. Furthermore, he liked that it included both an "A" and a "Z," because he intended the store to sell things from all niches worldwide.

Amazon is one of the ultimate disruptive businesses since it was the first to disrupt the way we buy items online. It has now established itself as the one-stop store for everything from aspirin to groceries and lawnmowers.

The MIT ID Innovation is India's most well-known university for innovation courses. In terms of value in India, the MIT ID Innovation Courses are the best, founded to foster a new generation of holistic innovators. The one-year Flagship Programme at MIT ID Innovation ensures high-quality studies on a variety of timely topics. Get enrolled with us today and learn something out of the box.