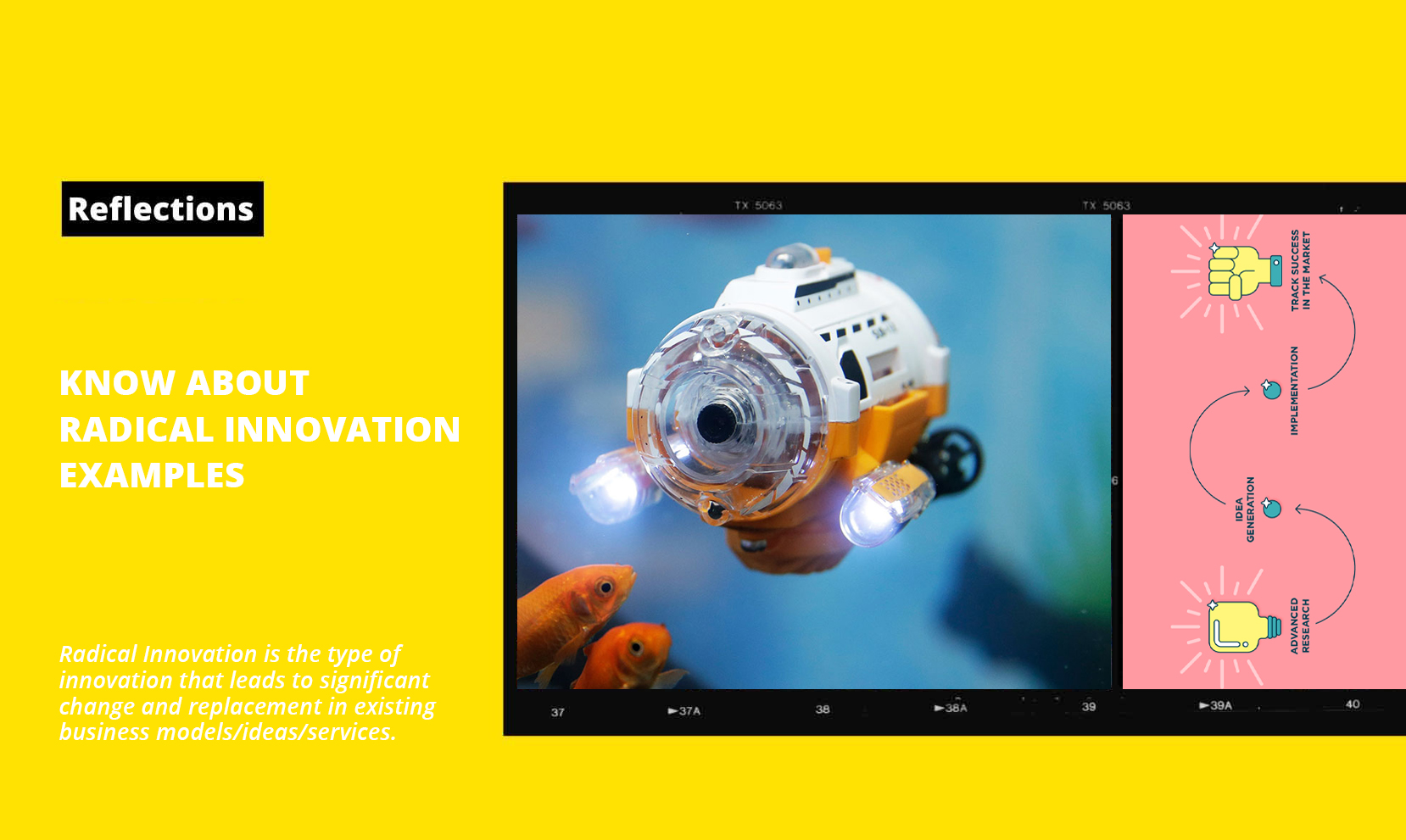 Radical Innovation is the type of innovation that leads to significant change and replacement in existing business models/ideas/services. It is an irrelevant factor in business norms yet revolutionary throughout humanity, and predominantly in modern times, it focuses on long-term impacts by forming new ideas. On the other hand, disruptive innovations are identical to some degree, with the term ‘significant impact’ being shared on both ends. Here are some of the top-most Radical Innovation Examples.

Incremental innovation deals with enhancing service, existing product, or process. The concern is the impact of innovation in the market, which can be measured by the disruption it creates. Blockchain technology could completely reshape any industry, particularly in the capital market. It significantly impacted the existing business model by simply withdrawing the need for mediators. The critical difference between radical innovation and disruptive innovation is that a radical innovation may require a technology breakthrough, but a business model might be unnecessary. Disruptive innovation is contradictory to it.

Blockbuster was a well-established company in 1998; a mail-order DVD, home movie and video game rental service company. When its underestimated competitor Netflix entered the home entertainment industry in 1997, Blockbuster felt needless to thrive for the change that might have brought radical innovation to them and counter the market entrant Netflix. Their calm mindset brought Netflix’s existence today, destroying the whole industry. Later on, other video and movie streaming services climbed up the ladder using disruptive innovation but Netflix remains an excellent example for radical innovation.

Rob Ebrahimi, CEO at ReadyForZero, at Forbes says “If this customer pain point is tied to a Profit and loss, then the business will be regulated with your customers’ needs. By succeeding will mean that your customers succeed too, i.e. the business needs will get addressed if the customers' demands are met.” In the same way, Netflix altered one of its existing services by tying its business model to the pain point that many customers had.

Apple’s iPod was released in October, 2001 prior to the iPhone which was first released in the year 2007. The iPhone sales overtook those of the iPod during the middle of 2010. The iPhone was not a new technology, it was derived from iPod’s technology. Instead of adding new features to the existing iPod device; an incremental innovation, Apple shifted to a new concept of increasing the computer capacity to a new device called the ‘iPhone’ that resulted in radical innovation.

Radical innovation does not come into reality anywhere; it isn’t based on luck. People who radically innovate follow concrete, actionable strategies that give rise to a culture that embraces uncertainty. To put those strategies into your business, you might need to take up courses in innovation. At MIT ID Innovation, you can stay ahead of the curve by learning from industry professionals. MIT ID Innovation was established to create a learning ecosystem that influences young minds to be tomorrow's design leaders who contribute to the industry and society. You can take an online innovation course and learn what matters or check out our flagship program, which the UGC has approved.