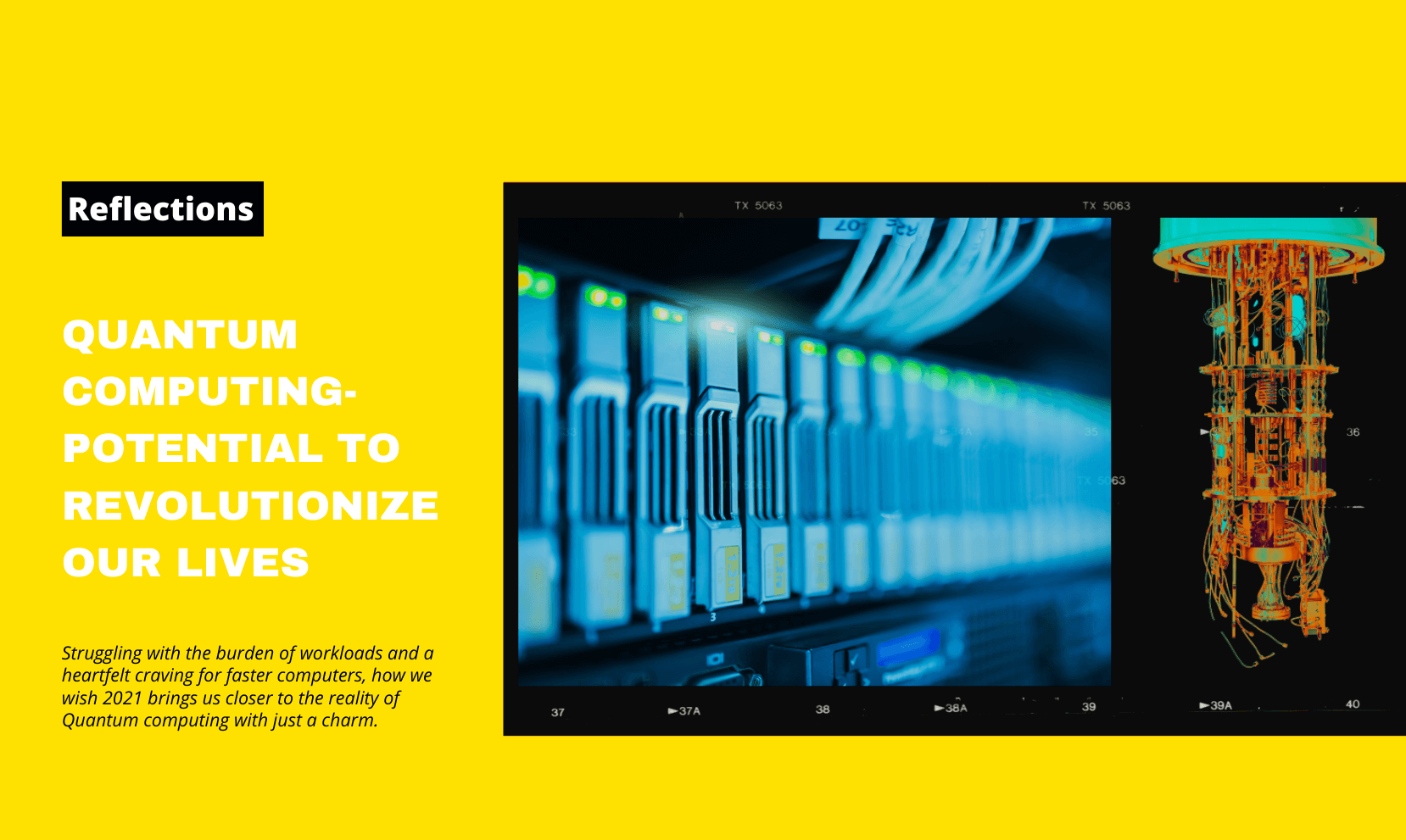 Struggling with the burden of workloads and a heartfelt craving for faster computers, how we wish 2021 brings us closer to the reality of Quantum computing with just a charm. While mankind loves to create many problems for itself everyday, here’s a technology innovation that is made to solve even the ones that haven’t come up yet.

While a traditional computer interacts with long strings of ‘bits’ which encode into a zero or a one, quantum computing uses ‘qubits’. Qubits encode the zero and the one into two distinguishable quantum states that allows them to work on multiple variables.

Well, the word even has it that Quantum computers are a billion years faster than their traditional counterparts and can solve impossible problems.

Quantum computers are not just made to speed up classic computing but are curated to solve problems of a different league.

Unlike magic spells, quantum computers create encryption that is unbreakable. From

computers are all set to introduce hack-proof replacements to the world.

With quantum tunnelling, particles or qubits can travel back and forth in time while teleporting between positions. This state enables the fast working of different variables.

A Quantum state that allows existence of multiple articles in multiple states at the same time is called a Superposition. In Quantum computing’s parallel universe, qubits can exist and be observed in two different states, simultaneously. This superpower empowers quantum computers to examine numerous variables at the same time and act efficiently on all of them.

While quantum computing can be a blessing when it comes true, here’s a peak into what potential it holds to revolutionise our lives.

In a fantasy world of Quantum computing, all the unicorns of innovation win the derby everyday. While the world awaits Quantum reality, innovation watches it’s next revolution from the center stage.